An Overview to Antibody Production 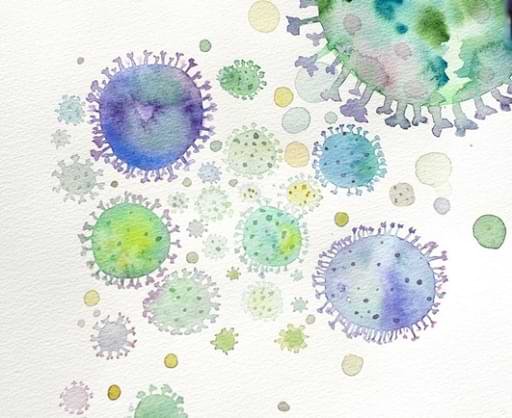 Antibodies are protective proteins produced as a response to a foreign molecule known as antigens. Whenever a foreign substance enters the body, the immune system recognizes it and immediately produces antibodies to eliminate the invader. They bind on these antigens to remove them from the body.

These antibodies are the functional base of immunity, which is a part of the immune response. They can find pathogens and mark them for destruction before they can infect cells. The production and secretion of antibodies are significant against extracellular pathogens and toxins. Antigens can range from disease-causing organisms and toxic materials such as bacteria and viruses.

Today, several disciplines concerned with molecular analysis use antibody technology to manufacture antibodies. This guide summarizes antibody production that acts as an introduction to the subject.

What is antibody production?

Antibody production entails the creation of an antibody and the steps used in generating an antibody. It is the primary function of the immune system carried out by B cells. These antibodies neutralize a foreign pathogen to make it ineffective. By overcoming a pathogen, an antibody prevents it from progressing to an established infection. They are filtered out of the body and eliminated in urine or feces.

When an immune system encounters an antigen, the macrophage and dendritic cells capture it and break it down. It then presents the information from these antigens to B cell lymphocytes. Then, through Somatic hypermutation, the B cell codes a new antibody that contains a unique antigen-binding site. The new protein is designed to bind specifically to an epitope from the antigen.

The antibody can also mark antigens for destruction by phagocytic cells such as neutrophils. These cells are attracted to macromolecules with antibodies. Through a process called opsonization, the phagocytic cells consume a pathogen tagged by antibodies. In another process called complement fixation, the antibodies in serum bind to antigens to provide docking sites. As a result, sequential complement proteins also bind on the docking sites, enhancing the rapid clearing of pathogens from the body.

B cells and antibodies provide essential functions of immunity by recognizing an invading antigen. The B cells recognize several antigens, though each B cell can only bind to one type of antigen. They distinguish antigens through the receptors found on their surfaces. Antibody production, immunogen preparation, immunization, hybridoma production, screening, and purification.

The purification is part of the antibody production that leads to getting usable components depending on the intended use. It involves isolating the antibody from serum in polyclonal production or culture supernatant of a hybridoma cell line in monoclonal antibodies. In addition, purification methods include precipitation of a subset of total serum proteins or affinity purification of certain antibody classes without specificity.

During antibody production, there are several activities performed at various stages known as characterization. They include screening, tittering, and isotyping. Screening helps identity antibody samples with antigen-binding specificity, tittering measures its concentration, while isotyping determines a monoclonal antibody class identity.

Once you have purified the antibodies, the next process is to change them for specific uses. Fragmentation entails breaking antibodies into smaller antigen-binding units, conjugating them with enzymes, and immobilizing them to solid supports. While the antibodies are used in the whole-molecule form, some techniques require fragmenting them to improve the performance. You can produce and purify antibodies for use as antigen-specific probes. However, their utility depends on having a mechanism to detect the antibody.

See also  How to Get Back on Your Feet After Surgery

The antibody production starts with preparing antigen samples and injecting them into an organism to evoke antigen-specific antibodies in the serum. Each antibody serum is identical to the antigen receptor of the B cell. There are several ways you can produce antibodies for research. The development of these production techniques allows researchers to develop them through various methods.

An alternative to producing polyclonal is to make monoclonal antibodies. They are homogenous antibodies that recognize the same epitope of the protein antigen. In most cases, hybridomas produce these antibodies in animals such as mice. Thus, monoclonal antibody production has become crucial in clinical medicine. The process entails generating antigen-specific cells, fusing these cells with myeloma, cloning, and selecting specific hybridoma clones by limiting dilution.

Recently, there has been an interest in producing antibodies in bacteria. E. coli has been used to produce antibody fragments. The system allows faster production of recombinant antibodies. B cells can recognize an unprocessed antigen without the participation of antigen-presenting cells. In the body, these antibodies circulate freely and act independently of plasma cells.

See also  How To Gain Weight Rapidly and Safely

When developing a custom antibody for a protein antigen, the immune system breaks the foreign molecule into single epitopes and presents them to the B cells. This allows the development of antibodies specific to the epitopes. Once the antibodies have eliminated all antigens from the bloodstream, the B cells remain in the blood with information to produce new antibodies if they reencounter the antigen.

Antibodies are the molecules from plasma cells that form the functional basis for immunity. They bind antigens to prevent them from causing an infection by either neutralizing them or marking them for phagocytosis. Thus, antibody production relies on careful planning and implementing all the steps.

Cannabidiol (CBD) is a non-intoxicating cannabinoid found in both...
Read more
Previous article
Is It A Good Idea To Boost A Salt-Based E-Juice Flavor?
Next article
10 Types of Chocolate Cakes To Help You Celebrate