Why Cooking in Mustard Oil is Beneficial? 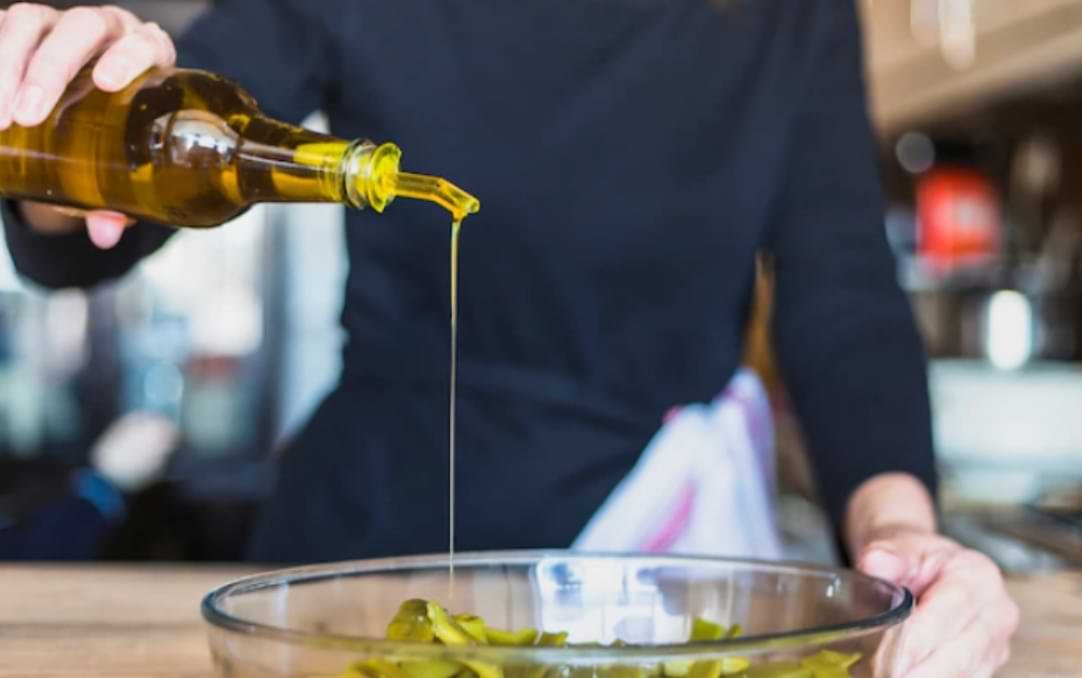 It’s difficult to match mustard oil’s usefulness as a cooking ingredient, condiment, preservative, and body massager. The latest analysis indicates rising popularity across North America, Eastern Europe, Western Europe, and Asia-Pacific excluding the Middle East, and Africa. More pertinently, it has gained a global reputation in the past few years, with its demand further categorized based on geographic areas. Enjoy playing several online cooking games to learn recipes but mustard oil should be the key ingredient.

Anyone who keeps the golden-colored ingredient in their refrigerator will vouch for its robust, spicy, and zingy flavor. Salads, roasted vegetables, and meat are frequently enhanced in flavor with mustard dressings and sauces. Mustard oil is a widely used culinary oil in several nations, particularly Bangladesh, Pakistan, and India. Mustard oil is made from mustard seeds, as you would have guessed from the name. The mustard seeds are first washed, roasted, and dried. The oil is then mechanically removed from the seeds. Before the oil is packaged and sold, it is lastly processed to remove any contaminants.

It could prevent microorganism growth

It may improve the health of the skin and hair

Pure mustard oil is frequently administered topically to promote the health of the hair and skin. It is occasionally combined with wax and used on the feet to aid in the healing of cracked heels, in addition to being included in homemade face masks and hair remedies. Babies are frequently given oil massages in places like Bangladesh, which is supposed to strengthen their skin’s barriers.

However, the majority of the existing research on the topical advantages of pure mustard oil is only anecdotal, even though many people claim improvements in fine lines, wrinkles, and hair growth.

It helps in reducing pain

Allyl isothiocyanate, a molecule found in mustard oil, has been extensively researched for its impact on the body’s pain receptors. Despite a lack of human studies, one animal experiment showed that adding mustard oil to mice’s drinking water helped reduce overall discomfort by desensitizing some pain receptors. Alpha-linolenic acid (ALA), a form of omega-3 fatty acid that may help reduce inflammation and relieve pain brought on by illnesses like rheumatoid arthritis, is also abundant in mustard oil.

It may inhibit the proliferation of cancer cells.

The development and spread of some cancer cells may be slowed down by mustard oil, according to a promising study. In a previous study, animals given pure mustard oil instead of maize oil or fish oil experienced a greater inhibition of colon cancer cell proliferation. Another experiment on animals revealed that mustard seed powder containing allyl isothiocyanate reduced the growth of bladder cancer by about 35% and prevented it from migrating into the muscular wall of the bladder. Similar results were found in a test-tube investigation that showed giving allyl isothiocyanate derived from mustard essential oil reduced the spread of bladder cancer cells.

It may benefit heart health.

The above-mentioned features show that mustard oil can be considered one of the best cooking oils. Check out different online cooking games to try new recipes from around the world that you can cook in mustard oil. These games will help in improving your restaurant management skills as well.

Although there are many ways to get into cryptocurrencies,...
Read more
Cryptocurrency & Bitcoin

Cryptocurrency is a digital currency that uses cryptography to...
Read more
Lifestyle

What are the benefits of getting your profile listed on the best Punjabi marriage bureau?

There are benefits to getting registered on the best...
Read more
Finance

You must pay taxes whether you are new to...
Read more
Previous articleScope up studying logistics course in Singapore
Next articleSmoke a bong like a Pro in minutes – A Guide to Parts and Preparation

Although there are many ways to get into cryptocurrencies,...

Cryptocurrency is a digital currency that uses cryptography to...