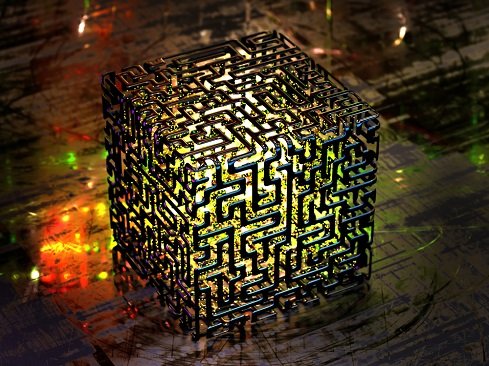 Despite being relatively new to the quantum game, China’s ‘Origin Quantum’ has laid out an audacious roadmap laying out their plans to achieve a 1,000+ qubit quantum device by 2025 (and much more beyond that).

Wait, What Is Origin Quantum?

Hefei Origin Quantum Computing Technology Co. Ltd. (shortened to ‘Origin for the rest of this blog to maintain my sanity) is a quantum computing company based in China’s Hefei High-tech Zone. Since its foundation in September 2017, Origin has risen to be China’s leading quantum computing organization, and has developed subsidiaries in Beijing, Shanghai, Chengdu and Shenzhen City. According to their website, their primary mission is to get quantum computers out of the labs and into the hands of “human society”. Basically, they want to speed up the process of getting quantum computers into the industries they have the potential to serve.

As part of this mission, the company formed China’s first quantum computing industry alliance (known as the ‘Quantum Industry Application Alliance”). Organizations across China and in a wide variety of industries have since joined the alliance, including CCB International, Orient Securities, CICC Capital, UnionPay Commerce, Demei Chemicals, Gen Script, Hanhai Boxing, and Ruikang Biotechnology. These partners plan to leverage Origin’s general-purpose quantum computer(s) to solve industry problems in the near future.

So, What’s This Roadmap Then?

In a company statement, Origin has published some very ambitious plans, which will see it push quantum computing faster than it has ever been pushed before. The Origin team predict that they will launch a 64-bit superconducting quantum chip by the end of this year; followed by a 144-bit chip in early 2022; and a realization of 1024 qubits by 2025.

The plan, which actually goes beyond 2025 (and thus beyond the 1000+ qubit mark) is mapped out in three stages:

Origin will work on a superconducting quantum computer prototype, focusing most of their efforts on the fidelity and scalability of the chip to support the increase in bits planned.

Origin will aim to break through the 1000 qubit barrier, specifically aiming for a functional and relatively fault-free general-purpose quantum computer running on 1024 qubits.

Original will focus primarily on the use of multi-core parallel processing alongside a further increase in the number of bits used.

There is more to come, though. According to Origin’s General Manager Zhang Hui, a 1000 qubit quantum computer is “just the beginning” for the organization.

How Does This Affect Me?

The better question might be ‘How doesn’t this affect me?’

Let’s allow Hui to explain this one, shall we?

“It is already obvious that quantum computing has the potential and ability to change the entire economy and society. And when the research and development of the original quantum breaks through 1,000 qubits, these industries will also undergo tremendous changes.”

Put simply, the applications of quantum computers across a huge variety of industries have the potential to completely change our lives. But perhaps the most prominent threat is to our privacy and security. This is where the whole “quantum threat” “cyber security” deal comes in…

What Can We Do About It?

Rather than waiting for general-purpose quantum computers to come to light and blow an enormous hole in our personal and collective privacy, we can do something about it right now.

Organizations such as Arqit (who have recently burst onto the NASDAQ scene and are pretty much taking over the quantum-ready world) have developed solutions that can help us too exactly this. Arqit in particular has created a product, known as Quantum Cloud™ which is capable of encrypting data from end-to-end with complete security against even the most advanced quantum computers. They’re so sure about it, they even claim that it will keep data secure against threats to our cyber security that don’t even exist yet.

To find out more about the solution, or Arqit in general, check out their website here.