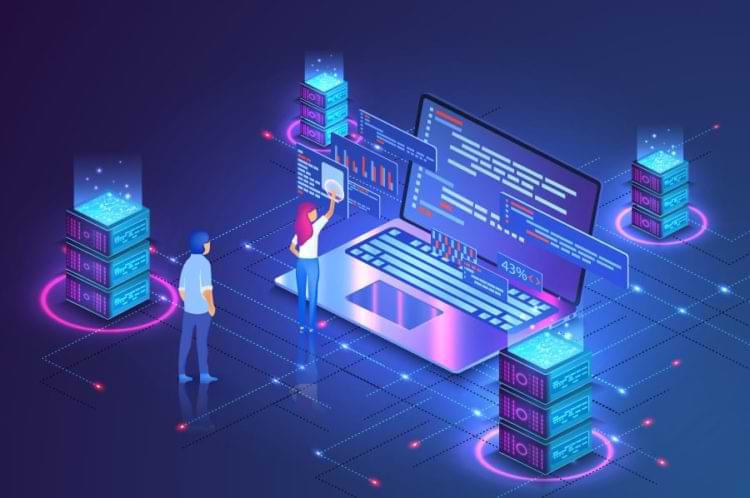 Introduced to the business community in 1988 by IBM, AS/400 was a welcome addition to the IT scene.  It was a huge improvement over the previous applications available for use by mid-range and large companies that had to manage huge database records.

Companies such as corporations, hospitals, banks, and large manufacturing firms still use AS/400 because of its stability and dependability.  IBM intended AS/400 to be used as a remote system for mainframes or as a network server for all the personal computers being used by a large company.

Today, there are thousands of companies that still use AS/400.  AS/400 use is only surpassed by the use of HP servers.  One of the biggest current users of AS/400 is the huge manufacturing company, Robert Bosch.  Bosch produces automotive products, industrial products, building products, and even appliances and other home goods.

Over the years that AS/400 has been in use, it has been rebranded several times, but still performs its intended function of managing databases. IBM was careful to make sure that all new iterations worked flawlessly with the original.  If a company has a system called AS/400e, or eServer i5 they are the same thing as the original AS/400.  Most recently, the AS/400 operating system has been rebranded as the IBM iSeries.

Why Not Get a New System?

Even though the AS/400 system has been around for a while, it is still one of the most robust and reliable systems available for managing data.  And for this reason, many companies continue to use it.  IBM built the AS/400 system to be nearly invincible.  It is known for its enormous hardware redundancy.

Besides that, the CPUs are three to five times more powerful than the competitor.  Companies that do SAP hosting are particularly happy to have the AS/400 system because SAP hosting needs a high-performance system with low downtime.

Any company worth its salt is not going to waste a ton of money putting in a new system when AS/400 continues to be so dependable.  It costs a fortune for a company to switch hardware, not to mention the business disruption when switching systems. That disruption can go on for weeks.   Plus, the company already knows that AS/400 works, and works well, why go to something that might not be as good?

Companies that have concerns about their AS/400 system aren’t concerned about how it works. They uniformly love the way it works.  They are concerned about allocating resources to maintaining the system when those resources could be better used somewhere else.

One of the problems in maintaining the AS/400 system is that it was written in RPG.  RPG is quickly becoming an obsolete computer language.  Maintaining the AS/400 requires hiring someone with experience in RPG and its updates.  People who know RPGs are harder and harder to find.

Basically, companies don’t need their IT people to be wasting their time on maintaining their AS/400. The IT people need to be developing applications and doing all the other IT work that keeps the business running.  Plus, AS/400 is not cloud-based, which is the future of IT.

Companies who are still running AS/400 and love it can stop worrying about it.  Some companies specialize in taking care of AS/400 and all its iterations.

What does an AS/400 Managed Services Company do?

AS/400 managed services companies take over the management of the infrastructure, leaving the business free to focus on their core business.

Businesses running AS/400 all have critical database workloads. These businesses depend on their AS/400 working flawlessly.   An AS/400 managed services company that is completely dedicated to AS/400 only, can move your infrastructure to the cloud without disruption to your business.  When the move is complete, the services company will support the infrastructure at all times.

If the budget is small, but the business still wants to have their AS/400 cloud-based, the business can choose a short-term contract and then decide later if they want to continue.  Sometimes parts of a business can be migrated to the cloud while keeping the rest on-site.

When a business puts their AS/400 infrastructure on the cloud with Abacus, Abacus will provide support, backup, and maintenance.

An important part of these AS/400 managed services is that Abacus can be your tech support team when your system is no longer being offered support by the manufacturer.

Another vital service that can be offered by an AS/400 managed services provider is a health checkup. Most companies really don’t know what kind of shape their AS/400 is in at any given time.  They only look into things when something goes wrong.

The engineers at the managed services company will give your system a thorough check-up.  When they find errors in the system they can propose fixes.  They will also review backup procedures and recommend best practices.  In the end, the provider can give you a comprehensive report of where your system stands today.